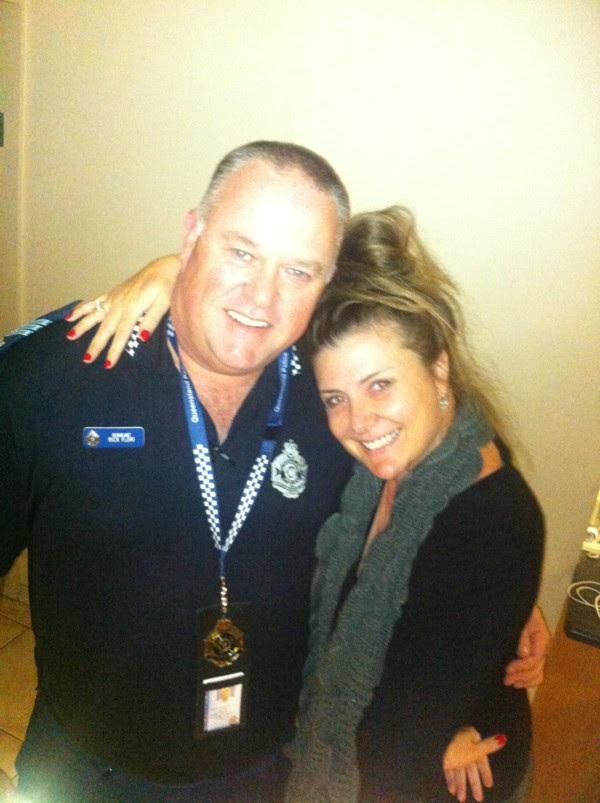 Gold Coast chef Noa Begic was repeatedly punched and ground in to the concrete floor of the station’s basement with his hands cuffed behind his back in January 2012.

While two officers responsible for the attack were given a slap over the wrist, the officer who allegedly leaked video footage to The Courier­-Mail is now facing charges including misconduct and abuse of public office and fraud.

Rick Flori was a sergeant at Surfers Paradise police station at the time of the incident and his house was raided by officers from the Ethical Standards Command weeks later.  He was ‘reassigned’ and has been fighting to clear his name ever since.

Sgt Flori was formally notified of the charges yesterday but vowed to fight them.  “I intend on fighting the charges to the full extent of the law,” he said in a statement.

Of the four officers involved in the attack, only two ever faced disciplinary action and one of those – a sergeant seen washing away blood with a bucket of water – retired from the service before any findings were made.  The officer caught throwing punches was stood down, but has since been reinstated without demotion.

Charges of public nuisance and obstruct police against Mr Begic were eventually dropped.

Mr Begic, who settled out of court in his own action against the QPS, is now prevented from speaking about the incident, but at the time he paid tribute to those who ensured the video footage came to light.

White knight Renee Eaves, who has helped both men in their battles against the QPS, said the charges against Sgt Flori were a disgrace.  “There are many good police within the organisation without a voice and intimidated by these types of actions,” she said.  “They are too scared to report misconduct for fear of workplace harassment or intimidation.”